Hello friends and welcome to my stop on the The Tiger’s Watch Tour!!! I’m so so so excited to be participating in this tour and being able to promote such a great book!

If you’ve been following me for a while you might remember that I mentioned The Tiger’s Watch in my #ARCstravaganza post a few months ago and I TOTALLY FREAKED OUT ABOUT IT BC JULIA EMBER HERSELF SENT ME THE BOOK.

AND IT’S JULIA EMBER!!! THE WOMAN WHO WROTE UNICORN TRACKS AND THE SEAFARER’S KISS (I haven’t read either of them but I know that they’re brilliant).

So when I heard she’d come out with a book about a genderfluid main character???? I KNEW I HAD TO GET MY HANDS ON IT.

Please enjoy my review and check out the giveaway below! It’s international!!!

You can follow the rest of the tour here.

The Tiger’s Watch (Ashes of Gold #1)  by Julia Ember 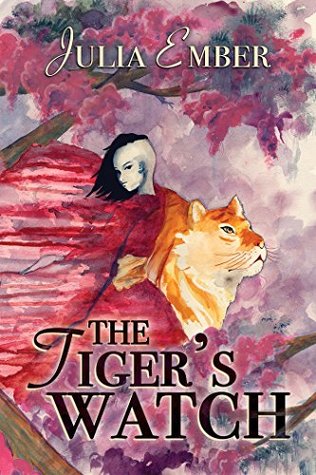 “Sixteen-year-old Tashi has spent their life training as a inhabitor, a soldier who spies and kills using a bonded animal. When the capital falls after a brutal siege, Tashi flees to a remote monastery to hide. But the invading army turns the monastery into a hospital, and Tashi catches the eye of Xian, the regiment’s fearless young commander.

Tashi spies on Xian’s every move. In front of his men, Xian seems dangerous, even sadistic, but Tashi discovers a more vulnerable side of the enemy commander—a side that draws them to Xian.

When their spying unveils that everything they’ve been taught is a lie, Tashi faces an impossible choice: save their country or the boy they’re growing to love. Though Tashi grapples with their decision, their volatile bonded tiger doesn’t question her allegiances. Katala slaughters Xian’s soldiers, leading the enemy to hunt her. But an inhabitor’s bond to their animal is for life—if Katala dies, so will Tashi.”

*Thank you so much to Julia Ember for sending me a copy of The Tiger’s Watch!!! I received a free e-ARC in exchange for an honest review. This does not influence my opinion in any way!*

I’d like to apologise in advance if I misuse any pronouns in this review! I don’t have a lot of experience with non-binary/genderfluid pronouns and stuff yet and I’m still learning so feel free to correct me if I say something wrong! ❤
But omg guys. This BOOK.

It was honestly so so so good AND I NEED ALL OF YOU TO ADD IT TO YOUR TBR AND READ IT. NOW. NOWWWWW.

The Tiger’s Watch has quickly found it’s way onto my favourites shelf! I had a feeling I’d like this book (I mean, a genderfluid MC with a spiritual bond to a tiger??? HELLO??????) but I never expected to love it this much!!!

The Tiger’s Watch about our main character Tashi who is non-binary/genderfluid which means that they don’t identify with just one gender and use they/them pronouns for themself!

Tashi is a trained spy who is able to bond with a tiger aka “inhabit” the tiger’s body with their soul, see through its eyes and even get it to kill for them! Their capital is under siege so Tashi and their best friend flee to a remote monastery to hide. When the enemy’s army arrives at the monastery to look for rebels, Tashi works undercover as the army’s commander. While they spy on him and try to find out his secrets, they also discover a different, more sensitive side to him which draws them to the supposed enemy.

“I had always felt like my hair was a visual reminder that I could control. The boys at the academy wore their hair short and neat. The girls had long, untouched locks. My hair was shorn one side of my head, nearly bald, but I grew the other side past my shoulder. It meant that when I looked in the glass each morning, I could turn my head and decide which part of me to see, or look straight ahead and see myself as just me, not forced into anyone’s mold. It was a small thing, but it was mine.”

I reallllllly loved Tashi’s character! They felt weak and like they always have to rely on others and when the tiger chose to bond with Tashi, they thought a mistake has been made and the tiger would always see them as the weak and vulnerable person they are. But whenever Tashi inhabited their tiger’s body, they felt strong and powerful. And as the story moves along and Tashi discovers secrets that change everything they have ever known, they find strength in themself and grow to be an independent person, capable of making their own choices! I’m very excited to see how their character develops in the next books!

As I mentioned before, I don’t have a lot of experience with genderfluidity so I can’t speak for the rep, but if anyone has written an #ownvoices review, let me know and I’ll link it here!

““Shoulders relaxing, the commander turned my hand over. His grip gentled. “He’ll do.”

“They,” Pharo piped up from the floor beside me. I could have kissed him but Ugyen cast us a cutting glare.

“Excuse me?” the commander demanded.

One of the best things about The Tiger’s Watch was how Tashi’s genderfluidity was handled, especially by their best friend Pharo! Whenever someone misused pronouns and called Tashi a boy, he immediately stepped in and stood up for them—even in front of the scary enemy commander! I absolutely loved that he never hesitated to step in and defend them! I love me some great friendships ❤

The thing that I probably loved most about this book was the aspect of a spiritual bond with animals. It was such a unique thing and I thought it was a brilliant addition to the story! I’ve said before that people who can bond with animals (they’re called inhabitors) share a connection with them and they can see through its eyes and make them do things for them!

Tashi and their tiger Katala shared a fascinating connection—they both cared for each other a lot but Katala always made it clear that Tashi didn’t control her. They were a great team that had a mutual trust between them but they were still both independent beings. On the other hand, whenever Tashi felt down, Katala reached out through their bond and made sure to comfort them somehow! It was so so lovely to read a story about humans and animals coming together and there were so many quotes that I highlighted because they made me feel all warm and content :’)

“Logically, I knew she was a killer. I’d seen her kill. I’d even used her body as my weapon… but when we sat like this together and she cared for me like a weak cub, it was hard to imagine my tiger as anything but gentle.“

Overall, I thought The Tiger’s Watch was a fantastic read and I would recommend it to absolutely everyone! I think Julia Ember is such an underrated author and her books deserve a lot more recognition!

If you’re interested in reading more diversely and you like Fantasy and animals, I think this book would be perfect for you! And even if you don’t like fantasy or animals, you should still totally give this book a chance 🙂 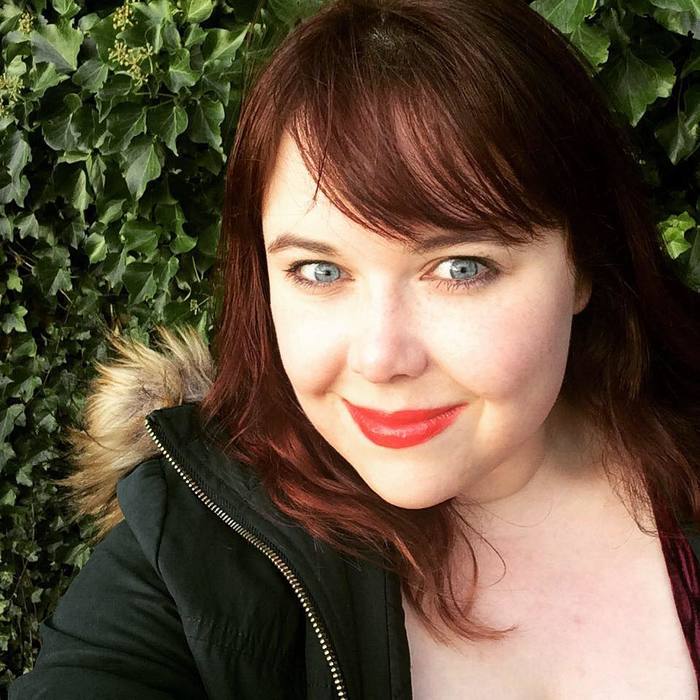 Originally from Chicago, Julia Ember now resides in Edinburgh, Scotland. She spends her days working in the book trade and her nights writing teen fantasy novels. Her hobbies include riding horses, starting far too many craft projects, PokemonGo and looking after her city-based menagerie of pets with names from Harry Potter. Luna Lovegood and Sirius Black the cats currently run her life.

Julia is a polyamorous, bisexual writer. She regularly takes part in events for queer teens, including those organised by the Scottish Booktrust and LGBT Youth Scotland. A world traveler since childhood, she has now visited more than sixty countries. Her travels inspire the fantasy worlds she creates, though she populates them with magic and monsters.

Julia began her writing career at the age of nine, when her short story about two princesses and their horses won a contest in Touch magazine. In 2016, she published her first novel, Unicorn Tracks, which also focused on two girls and their equines, albeit those with horns. Her second novel, The Seafarer’s Kiss will be released by Interlude Press in May 2017. The book was heavily influenced by Julia’s postgraduate work in Medieval Literature at The University of St. Andrews. It is now responsible for her total obsession with beluga whales.

In August 2017, her third novel and the start of her first series, Tiger’s Watch, will come out with Harmony Ink Press. In writing Tiger’s Watch, Julia has taken her love of cats to a new level.

I hope you enjoyed my review and what you heard of this book! Please consider pre-ordering/buying the book because Julia Ember is such a sweet and lovely person and her books are so underrated! She deserves so much more recognition so go on and pre-order!!!

If you pre-order/buy it from the Harmony Ink Press website (instead of Amazon, B&N etc), it would help the author immensely!

What did you think of this book? Have you heard of Julia Ember before or read any of her books? Have you read other books about genderfluid characters and would you recommend them? Let’s chat in the comments!

I am currently on holidays so sorry if it takes me ages to reply to comments. And I only have reviews scheduled for the time I’m away because I GOTTA catch up. I’ll be back with more fun, quality (I promise it’ll be hilarious) content in September!!! Love you guys ❤

18 thoughts on “The Tiger’s Watch by Julia Ember // A GENDERFLUID CHARACTER WHO HAS A SPIRITUAL BOND WITH AN ANIMAL? SIGN ME UP + Giveaway”